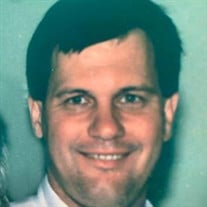 William "Billy" Purser Alexander, Jr. age 64, of Sterrett, now lives in Heaven. He was greeted by his son, Tyson, his Dad, Bill, grandmother, Clara Thrasher, and a host of friends and relatives. Billy graduated from Pleasant Grove High School in 1974 where he was an exceptional athlete. He attended and played baseball at Jefferson State Junior College. He was retired from General Motors Acceptance Cooperation. He was a past city council member at Midfield and Pleasant Grove, and served as a deacon at First Baptist Pleasant Grove. He enjoyed Alabama football, hunting, fishing, and spending time with his granddaughter, Kennedy. He is survived by his daughter, Kaley, granddaughter, Kennedy, mother, Ann, brothers, Jeff and Blaine (Beth) , nieces, Jessica, Amanda, Ashley, nephews, Jason, Matthew and Curtis, Aunt Ronda Bayliss (Gene), and many cousins and friends. Billy will be buried with his son, Tyson, at Forest Grove Cemetery in Pleasant Grove. The family requests your prayers and will announce a memorial service at a later date.

The family of William Purser "Billy" Alexander Jr. created this Life Tributes page to make it easy to share your memories.

Send flowers to the Alexander family.