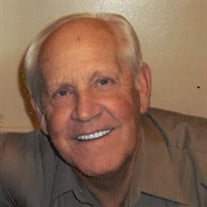 Terry Eugene Sellers, 72, passed away at his home Monday, January 20, 2020. He was born in Antioch on April 27, 1947, to Henry Dawson Sellers and Elizabeth Davis Sellers. He graduated from Oak Grove High School in 1965 and would go on to serve his country during the Vietnam War as a Sergeant in the United States Marines for four years. He was an active member of New Life Worship Center in Sylvan Springs, where he served as a deacon. Terry married the love of his life Faye, on September 17, 1965. To this union two children were born, Kristi and Craig. Terry was a devoted, loving and understanding father, he enjoyed supporting and encouraging his children in all their activities and endeavors. Terry was a lucrative salesman for Dixie Nissan, receiving many top sales awards before beginning a career in the mining industry at Jim Walter Resources, and most recently he retired from the Mercedes Benz Cooperation. During later years he became an avid hunter, enjoying deer hunting and turkey hunting with his son, family and friends. Proceeded in death by his parents, brothers Paul Gant and Jack Sellers, and sister Mary Jo Caldwell. He is survived by his wife of 54 years Wilma Faye Hatter Sellers, daughter, Kristi Sellers Brock (Stan) of Rock Creek; son, Terry Craig Sellers (Stephanie) of Oak Grove; two grandchildren that he adored, Lauren Noel Brock and Savannah Thomas; one brother Henry (H.D.) Sellers of Oak Grove; two sisters Ruby Graves of Bangor, and Delora Howton of Oak Grove. Also, he leaves many nieces and nephews that loved him dearly. Funeral services with Military Honors for Terry Eugene Sellers of Rock Creek will be held at 12:00 p.m. Saturday, January 25, 2020 at Patterson-Forrest Grove Memorial Gardens Chapel. Visitation will be at 11:00 a.m. in the chapel prior to services. Burial will follow in the Patterson-Forrest Grove Memorial Gardens in the Garden of Honor. Pallbearers will be Cecil Glen, David Sellers, Doug Graves, Jeff Howton, Colton Jenkins, Michael Sellers and Jason Hatter. The Reverend Kenneth Amerson, Pastor Diane Humphries, and Brother Steve Graves will officiate the services.

Terry Eugene Sellers, 72, passed away at his home Monday, January 20, 2020. He was born in Antioch on April 27, 1947, to Henry Dawson Sellers and Elizabeth Davis Sellers. He graduated from Oak Grove High School in 1965 and would go on to serve... View Obituary & Service Information

The family of Terry Eugene Sellers created this Life Tributes page to make it easy to share your memories.

Terry Eugene Sellers, 72, passed away at his home Monday, January...

Send flowers to the Sellers family.