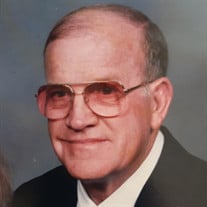 Jerry Norris, of Bessemer, Alabama, passed away on May 12th, 2021, leaving behind a legacy of undeniable generosity, compassion, and integrity. His life was full and consequential; principally dedicated to serving the people and causes that were most important to him. Always known as one to lead by example, he was steadfast in his pursuit of treating everyone he met with unwavering kindness and fairness—ideals that he was sure to pass on to those closest to him. Also known as “J.W.” by many, he was born on October 16th, 1941 in Abernant, Alabama and relocated to Bessemer with his family when he was fourteen years old. He began working as a paperboy soon after his arrival in Bessemer, which was a position that he often recalled fondly and was quick to attribute his unparalleled work ethic to. Shortly after graduating from Bessemer High School in 1961, he entered the life insurance industry and spent the first part of his adult-life working for companies such as Liberty National and Metropolitan Life. In time, he earned the designation of Chartered Life Underwriter® and was appointed to serve as a general agent representing the Minnesota Mutual Life Insurance Company throughout the state of Alabama. His work within the industry did not go unnoticed, as he was honored frequently and notably qualified to become a member of the Million Dollar Round Table. Later, he founded what would become Norris Realty, LLC, a family-run real estate investment company that has continuously operated in communities throughout the Birmingham metropolitan area for nearly four decades. Relying on interpersonal and entrepreneurial skills that he had developed earlier in life, he was able to successfully grow the business to a point that allowed him to dedicate the final part of his life almost exclusively to two of his greatest passions: family and philanthropy. He was proud to be an active member of the congregation at Garywood Assembly of God in Hueytown, Alabama, where he was always pleased to serve in whatever capacity he could. His service within the church was acknowledged in 2007, when he was recognized as Layperson of the Year by the Alabama District Council of the Assemblies of God. Aside from his involvement with the church, he was particularly interested in helping those suffering from addiction, which resulted in him serving as the Chairman of the Board of Directors for Alabama Teen Challenge; a faith-based non-profit organization committed to providing quality rehabilitation services to individuals from all different walks of life. His love for others knew no bounds, and he was always known to actively seek out those that were most in need of help or encouragement. His unique combination of selflessness and thoughtfulness was most evident in his charitable work, and he was able to have a profound impact on innumerable lives throughout the years. Although his absence will certainly create an unmistakable void for many, his outsized legacy will be what is remembered by all who were fortunate enough to know him. He is survived by his wife of 57 years, Jerry Lynn; his three sons; Jerry Wayne, Grant and Jason; and five grandsons; Brett (Mary), Joel, Luke, Chad and Noah. A funeral will be held at 12:00 p.m., on Monday, May 17th at Garywood Assembly of God, 2730 Allison-Bonnett Memorial Drive, Bessemer, AL 35023, with visitation beginning at 11:00 a.m. at the church. Burial will follow at Cedar Hill Cemetery in Bessemer, AL. Rev. John Loper officiating. In lieu of flowers, the family requests any memorials be made to Alabama Teen Challenge or Garywood Assembly of God.

Jerry Norris, of Bessemer, Alabama, passed away on May 12th, 2021, leaving behind a legacy of undeniable generosity, compassion, and integrity. His life was full and consequential; principally dedicated to serving the people and causes that... View Obituary & Service Information

The family of Jerry "JW" Wayne Norris created this Life Tributes page to make it easy to share your memories.

Jerry Norris, of Bessemer, Alabama, passed away on May 12th,...

Send flowers to the Norris family.