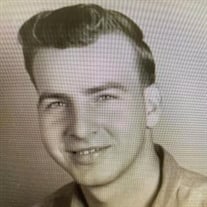 78 years old Born on November 13, 1943 in Jackson, Alabama, United States Passed away on March 16, 2022 in Atlanta, Georgia, United States Harvey Ray “Stan” Hoven passed away, peacefully, surrounded by his children on March 16, 2022. Ray was born in Jackson, Alabama to Lelia M. Hoven and Harvey Rufus Hoven. He was adored by his children, family and friends. He especially loved his grandchildren and great grandchildren who affectionately called him “Paw Paw.” Ray grew up in Jackson, Alabama. He was an entrepreneur even at a young age. When he was a young boy, he would often walk from his family home in Stave Creek to downtown Jackson to shine shoes so that he could earn extra money. He left Jackson at a young age to serve in the United States Army. He served overseas and was stationed in Okinawa, Japan during part of the Vietnam War. He was so very proud to have served his country and was extremely patriotic throughout his life. While in the service, he would often mail part of his pay back home so that he could help contribute to his family. Ray married Patricia Ann Hoven in 1967 and they had four children: Doug, Kathy, Mandy and Brian. While Ray didn’t raise his family in Jackson, he often returned to visit his family who held such a special place in his heart. He loved his children so much and he made sure they wanted for nothing. Ray was so funny and always appreciated a good joke. Even right at the end, he was making jokes from his hospital bed. He was a voracious eater and I have no doubt he will miss lunches at Oak Hill, fried fish, seafood gumbo, barbecue, meat and threes and pretty much any variety of fruit cobbler (assuming it has vanilla ice cream, of course). Ray is preceded in death by his wife, Patricia Ann Hoven, his grandson, Joshua Isaias Lee, his parents, Lelia M. Hoven and Harvey Rufus Hoven, and siblings, Catherine Hoven, Mary Nell Green, Cecil M. Hoven, Johnny Wayne Hoven, Bobby Lane Hoven, Leslie Elvin Hoven and Jessie Melvin Hoven. He is survived by his loving children: Douglas (Lisa) Hoven of Holly Springs, Mississippi; Kathy (Geoff) Eggers of Atlanta, Georgia; Mandy (Chad) Moseley of Homewood, Alabama and Brian (Dane) Hoven of Vestavia Hills, Alabama. He is also survived by his grandchildren and great grandchildren: Ryann Hoven, Douglas Allen Hoven, Jr. (Tad), Hunter Hoven, Gabriel Hoven, Rylee Hoven, Bowie Brady, Summer Hoven, Douglas Allen Hoven, III, Katie Hoven, Zebedee Hoven, Lily Hoven, John Michael Lee, Grace Lee, Jackson Lee, Sarah Lee, Henry Lee, Alex Ray, Harvey Ray, Woods Ray, Annie Ray, Thomas Hoven and Clark Hoven. He leaves behind numerous friends in Laurel, Mississippi, Jackson, Alabama and Birmingham, Alabama. A celebration of life service will be held at Stave Creek Baptist Church in Jackson, Alabama on Sunday, March 20, 2022 at 2:00 PM. Burial service will be held on Monday, March 21, 2022 at 11:00 AM at Patterson-Forest Grove Funeral Home. Rev Cory Hardesty officiating.

The family of Harvey Ran "Stan" Hoven created this Life Tributes page to make it easy to share your memories.

Send flowers to the Hoven family.